I have been meeting with many Filipinos living in San Francisco Bay Area recently. I visited a university, a consulate, foundations, and individuals that have connections with the Philippines. Filipinos are known for contributing their talents in foreign countries such as the U.S. Only in Bay Area, it’s said there are 470,000 Filipinos. 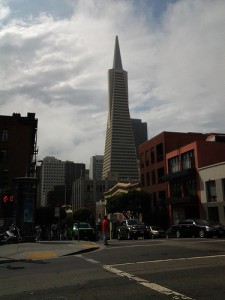 Overseas Filipino workers send remittances back home and out of the U.S. remittance market, which is a US$50 billion business, “Filipino-bound remittances represent eight percent of that total.” https://www.wellsfargo.com/press/20041105_Filipinoremittance
As Second Harvest Asia (2HA) is assisting its sister organization, Salu-Salo: Food Bank Philippines (Salu-Salo means “eat together” in Tagalog), we believe there are many people who would want to participate in our efforts to fight against poverty in the Philippines through the country’s first food bank we incorporated in Mar 2012.
Food banking has not been active in the Philippines, but food banking has a strong potential of mitigating the poverty with all the food resources potentially available in the country. Salu-Salo: Food Bank Philippines is planning a future food distribution in Manila. From San Francisco Bay Area, Second Harvest Asia works to harness the development of food banking in the Philippines. Please look forward to hearing our progress!