On December 14, Charles E. McJilton, CEO of Second Harvest Japan (2HJ) and Ryan, Food Bank Philippines, arrived at the Leyte Island.  Here is our field report, a summary of local supporting staff interviews and our report from the scene. 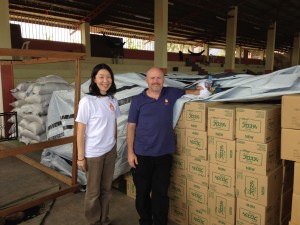