Second Harvest Asia started a local nonprofit in the Philippines, which is called Salu-Salo: Food Bank Philippines, in March 2012. We have mentioned this organization many times on this blog, but we hadn’t distributed foods until recently.

In October, Second Harvest Asia’s team visited the Philippines and coordinated okra donations from this generous donor company in Tarlac, which is a small city two-hour drive from Manila. 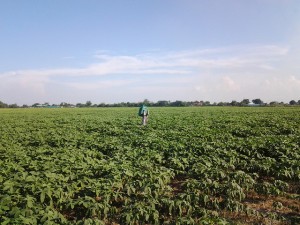 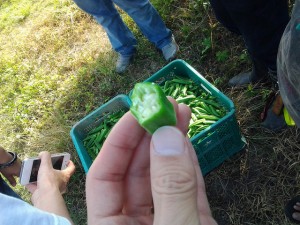 On the day, we visited the farm, we picked up four crates of fresh okra and delivered a part of it to the College of Holy Spirits in Tarlac City. They support the Aeta, marginalized indigenous people living in mountains in the region. 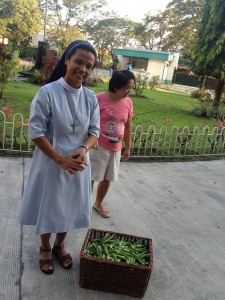 Sisters at the Holy Spirits are providing education to the Aeta in three areas in Tarlac. They said feeding is important to give children enough nutrition to concentrate on studying.

Currently, we send okra by a long-distance bus from Tarlac, and our project manager in Manila, Cris Bonoan, picks it up at the bus station and distributes it to different NGOs in Manila. 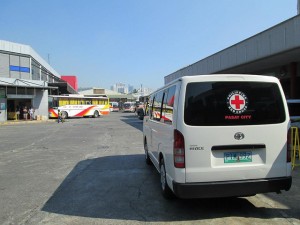 In this picture, you can see the van of our partner, Philippine Red Cross.

The okra, then, gets distributed to individuals in need at each feeding program. So far, we have delivered ten agencies in Manila. 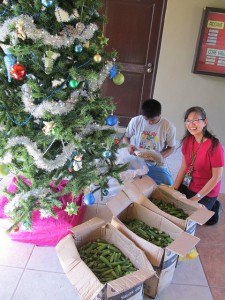 One of the recent deliveries went to Tuloy Foundation Inc. Tuloy has been servicing street children since 1993. Today, Tuloy educates 800 kids, boys and girls from 9 years old to 18 years old and provides a home for 200 of them. Here with Loida Oliveros, Marketing Officer at Tuloy and some of the resident scholars

I recently found an Economist article discussing the importance of nutrition in food provision in developing countries. According to the article, in the 90s and early 2000s, the food aid was focused on giving them enough calories. But it turned out that in addition to one billion without enough calories, there are another one billion people who are malnourished lacking micro-nutrients like vitamins and minerals. The article also say,

“Malnutrition is associated with over a third of children’s deaths and is the single most important risk factor in many diseases….malnourished children are less likely (all things being equal) to go to school, less likely to stay there, and more likely to struggle academically. They earn less than their better-fed peers over their lifetimes, marry poorer spouses and die earlier.”

While there are efforts to create nutrient-fortified foods like a vitamin A-rich cassava in Nigeria according to the article, I believe distributing fresh produce like okra is effective in providing good nutrition. (Okra is a very low-calorie vegetable, and rich in vitamin A, C, K and B-complex group. Okra nutrition facts)
Some food experts we talked to told us that there are enough foods produced in the countrysides. The challenge is logistics to bring those foods to markets, and often times foods get spoiled during transportation or poor storage. By working hard on logistics, we are hoping to grow the fresh-produce program boldly in the country.