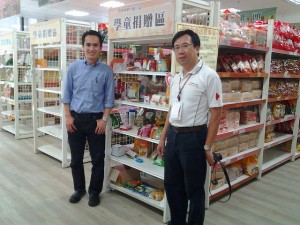 In Taiwan, according to the Ministry of the Interior there are 614,432 people living in households defined as “low-income.” Also, there are additional 1.7 million people living below the poverty line. Taichung Food Bank serves 3,000 households every months through its 29 food distribution centers.

At their central center in Taichung (the supermarket-style) they serve 300 households per month. Recipients can choose whatever they want from the shelves from condiments to canned items, to frozen items, to shoes, to soaps, to diapers. 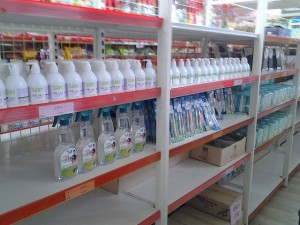 They offer non-food items such as hand soaps and vitamins. Most of their items are donated by businesses. But they also purchase some items that are donated to the food bank less often. 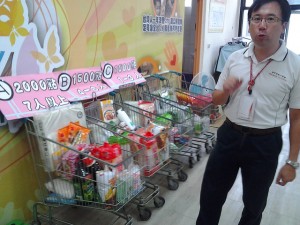